ARTICLES
Note from Florence:  These articles are presented here for informational purposes because the Prepare for Surgery, Heal Faster™ program employs the use of guided imagery & soothing sounds both in the Relaxation CD and in the exercises taught. 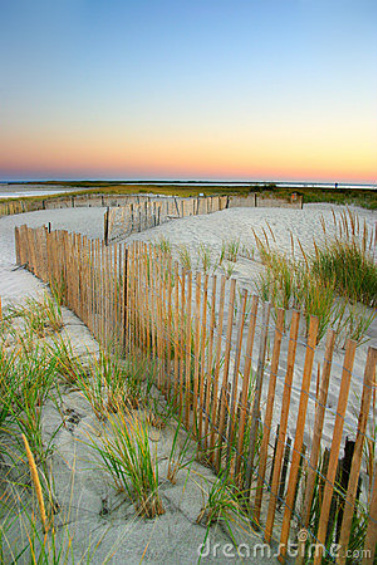 HEAR the waves, seagulls, SMELL the salt air, FEEL the ocean breeze, the warm sun.
What is Guided Imagery ?  [from www.healthjourneys.com © Naparstek 2000  © Staying Well with Guided Imagery, 1994]
Guided imagery is a gentle but powerful technique that focuses and directs the imagination. It can be just as simple as an athlete's 10-second reverie, just before leaping off the diving board, imagining how a perfect dive feels when slicing through the water. Or it can be as complex as imagining the busy, focused buzz of thousands of loyal immune cells, scooting out of the thymus gland on a search and destroy mission to wipe out unsuspecting cancer cells.

Guided imagery involves far more than just the visual sense and this is a good thing, given the fact that only about 55% of the population is strongly wired visually. Instead, imagery involves all of the senses, and almost anyone can do this. Neither is it strictly a "mental" activity it involves the whole body, the emotions and all the senses, and it is precisely this body-based focus that makes for its powerful impact.
When properly constructed, imagery has the built-in capacity to deliver multiple layers of complex, encoded messages by way of simple symbols and metaphors. You could say it acts like a depth charge dropped beneath the surface of the "bodymind", where it can reverberate again and again.
Over the past 25 years, the effectiveness of guided imagery has been increasingly established by research findings that demonstrate its positive impact on health, creativity and performance. We now know that in many instances even 10 minutes of imagery can reduce blood pressure, lower cholesterol and glucose levels in the blood, and heighten short- term immune cell activity. It can considerably reduce blood loss during surgery and morphine use after it. It lessens headaches and pain. It can increase skill at skiing, skating, tennis, writing, acting and singing; it accelerates weight loss and reduces anxiety; and it has been shown, again and again, to reduce the aversive effects of chemotherapy, especially nausea, depression and fatigue.
Because it is a right-brained activity, engaging in it will often be accompanied by other functions that reside in that vicinity: emotion, laughter, sensitivity to music, openness to spirituality, intuition, abstract thinking and empathy.
And because it mobilizes unconscious and pre-conscious processes to assist with conscious goals, it can bring to bear much more of a person's strength and motivation to accomplish a desired end. So, subtle and gentle as this technique is, it can be very powerful, and more and more so over time.
One of the most appealing and forgiving features about imagery is that almost anyone can use it. Imagery skips across the barriers of education, class, race, gender and age - a truly equal opportunity intervention.
Even though it can be considered a kind of meditation, it is easier for most westerners to use than traditional meditation, as it requires less time and discipline to develop a high level of skill. This is because it seduces the mind with appealing sensory images that have their own natural pull. And because it results in a kind of natural trance state, it can be considered a form of hypnosis as well.
People can invent their own imagery, or they can listen to imagery that's been created for them. Either way, their own imaginations will sooner or later take over, because, even when listening to imagery that's been created in advance, the mind will automatically edit, skip, change or substitute what's being offered for what is needed. So even a tape, CD or written script will become a kind of internal launching pad for the genius of each person's unique imagination. 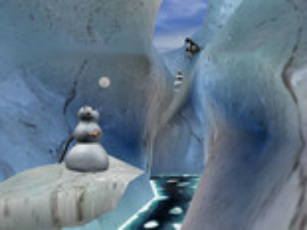 Inside SnowWorld
A NEW TOOL SHOWS THE INCREDIBLE  POWERS OF IMAGERY AND THE SENSES
"In a virtual world, Oregon Burn Center patients escape real-world pain"  By Joe Rojas-Burke, The Oregonian, 3/9/12
SNOW WORLD,  a Virtual Reality Game, eases the pain of burn victims.
The pain of a serious burn is one of the most excruciating types of pain a person can experience.  And, to make matters worse, the treatment itself — cleaning and dressing the wounds — adds even more agony and distress. But a new tool is being used to minimize the intense pain of burn victims SnowWorld, a virtual reality game set in an icy 3D canyon, which apparently so envelopes the player in mental distraction that he becomes distanced from his own physical pain.  Because pain has such a strong psychological component to it, psychological treatments can be used to counteract the pain,” said Professor Hunter Hoffman, who developed the interactive program with Professor David Patterson at the University of Washington Harborview Burn Centre in Seattle. Being immersed in SnowWorld puts a “curtain between the patient and reality,” he explains. “Snow is the opposite of fire.” Hoffman reasoned that entering a rich, three-dimensional and sound-filled virtual reality could command so much of the brain's attention resources that less would be available to process pain. "We're taking advantage of the malleability of human perception to deliberately divert mental resources away from the pain," he says.
It's one of the most successful examples of non-drug pain management techniques to emerge from the work of psychologists and neuroscientists. The search for non-drug options has gained urgency amid a worsening epidemic of overdoses linked to prescription opioid pain relievers such as oxycodone and hydrocodone, which killed 14,800 Americans in 2008 – more those killed from heroin and cocaine overdoses combined. In clinical trials, burn patients using Snow World reported 35 to 50 % reductions in pain. Brain scans show that the pain centers are quieter, calmer in those using this tool. It is also being used successfully for combat vets with wounds and burns from IEDs.